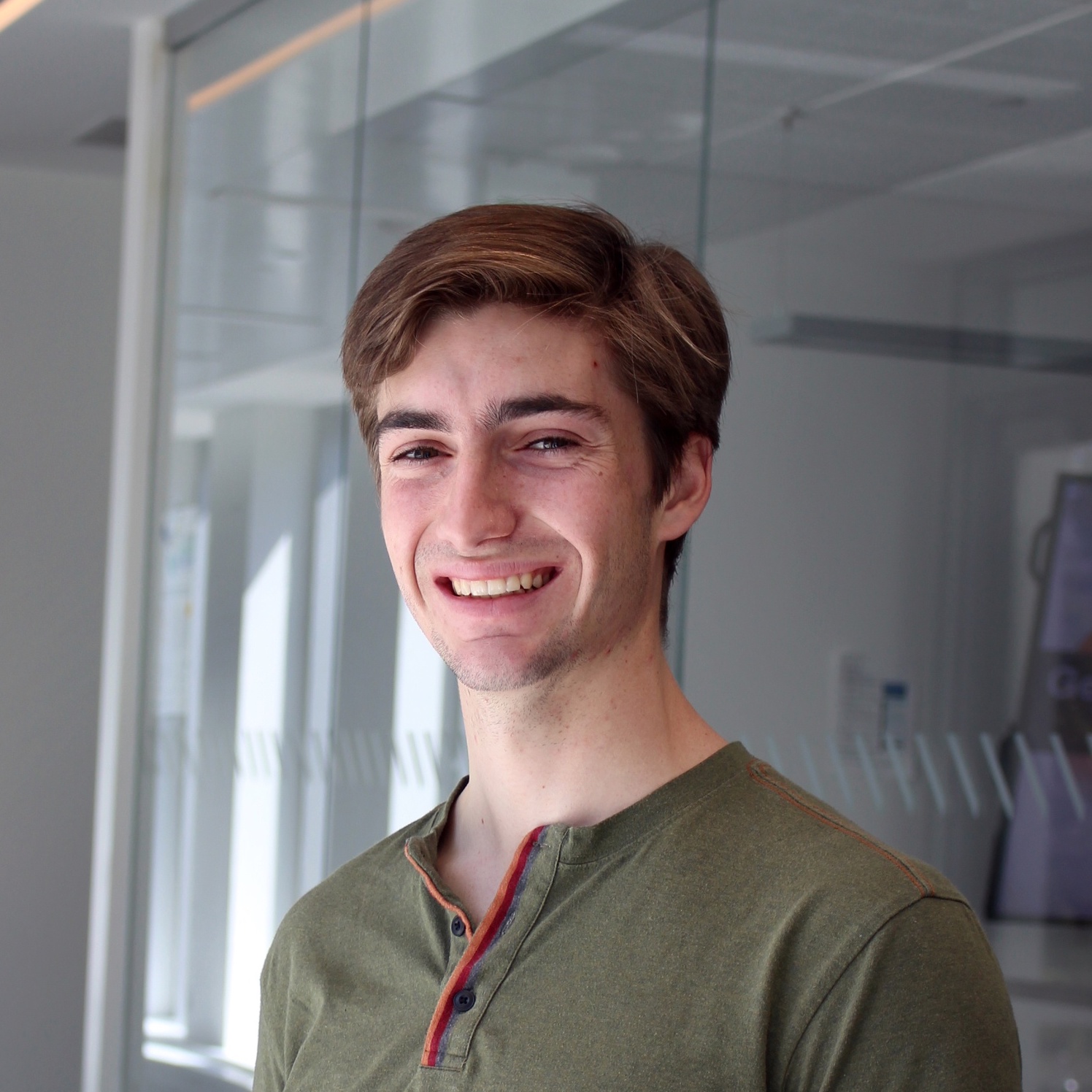 Ryder Easterlin is a junior at Northwestern University from San Rafael, California majoring in biological sciences and minoring in computer science and biotechnology and biochemical engineering. He is a member of the sailing team on campus and is studying the role of cryptic small peptides in complex organisms within the Carthew Lab. Certain protein-coding sequences that may be significant in healthy development are hidden within genes that are currently defined as long non-coding RNAs (lncRNAs), meaning they are thought to be non-functional. Easterlin is using a variety of computational, molecular, and physical biological techniques to parse these cryptic peptides, and identify ones that play a significant role in development.

Could you tell me about your project?

For a long time in genetics and molecular biology, a lot of focus was placed on only mRNA transcripts. The way that information is passed along in our genome is that its taken from the genome from the DNA in our nucleus, transcribed into what’s called a messenger RNA and then translated into a functional protein that does all kinds of things in our cells. For a long time that dogma stood dominant, but now more “non-functional” RNAs have been discovered that don’t actually code for a protein, but actually have an unknown function.

I use fruit flies as a model system, and I’m studying what seem like non-functional RNAs that have these really small cryptic regions that might encode for functional proteins. Something I’ve noticed is that a lot of them are really young, evolutionarily speaking. In particular, I’m studying one protein that is expressed late in oogenesis, which is the developmental process of maternal flies making eggs to be laid.

What are your goals with this project?

Realistically speaking in the context of my undergraduate education, the goal would be to characterize this one gene that I’m looking at in particular, I don’t have enough time to do a broader investigation of this phenomenon beyond this one gene that I’m looking at which is called CR43834. So to characterize the function of this gene see if it expresses a protein and see what it does with fly development.

What are the ultimate implications of this research?

I think there’s no reason as to why there wouldn’t be these kinds of proteins in all kinds of complex organisms, including humans. Who knows how broad the expanse of developmental roles could be? I think that’s exciting; I’m looking at a pretty unexplored class of peptides and who knows what that might hold for us in terms of what it means to us developmentally.

How long have you been working on this project and how did you get involved?

I started my research at the beginning of winter quarter of sophomore year, so I’ve been working on this project for almost a year and a half now. I came to this project essentially by looking at a bunch of professors in the molecular biosciences department and seeing which labs interested me. I assembled a short list of five or six labs that I thought were really cool and reached out via email to a lot of professors. A couple of them talked to me about potential projects, and this is the one that I settled on because it gave me the most independence and I saw the most potential. Something I’ve been really lucky to have is that I am doing this independently; I’m not working under a graduate student or a postdoc. There is a postdoc in the lab who serves directly as a mentor, but he isn’t involved in the project. I’m doing all of the experimental work, and a lot of the design we collaborate on. I worked on it last summer and I’ll continue to work on it this next summer.

How has the experience of doing research been for you personally?

I love the lab that I work in, I’m very comfortable with who I work with and it’s a very positive environment. I really feel supported in my work and there is no obstacle to me pursuing my interests, and that’s been really positive from the university side. My experience has really been defined by this specific lab that I work in and the people there are really supportive. It’s another community that I’m a part of that I enjoy.

What advice do you have for undergraduates thinking about doing research?

No one’s expecting you to be perfect. It’s worth doing anyway, and if it turns out that it’s not for you, that’s okay.