““It Wasn’t Made for Him”: Examining Female-Led Superhero Films Wonder Woman and

Captain Marvel and the Internet Commentary that Follows” 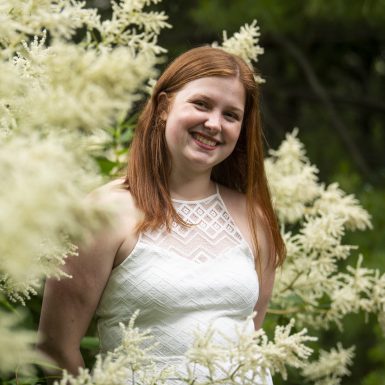 Rachel graduated in 2020 with a BA in Radio/Television/Film, minors in Italian Language and English Literature, and completion of the Media and Creative Markets Module. Her work was accepted into The National Collegiate Research Conference at Harvard University, The Macksey Symposium for the Humanities at Johns Hopkins University, the National Council on Undergraduate Research, and she was a Plenary Speaker at the Northwestern Research Symposium. She has a passion for improving representation within the film industry for marginalized groups. She currently lives in the Midwest with her family dog, Oscar, and boyfriend but plans to move to Los Angeles to pursue a career in film and impact positive change from the inside.

In a nutshell, what is your research topic?

My research explored fan discourse on IMDb for Wonder Woman and Captain Marvel. Both of these movies were successful in traditional Hollywood measures of success, critics reviews, and box office grosses: critics reviews are a baseline measurement for whether or not the film is well made and box office totals indicate how wide of an appeal the film had and whether or not to produce a sequel. Because both of these films found success, it may be easy to believe that the film industry and its paying audiences have opened their minds to female-led projects. But these two measures of success do not tell a complete picture of what audiences thought of their viewing experiences: critics do not necessarily speak for general audiences and just because a patron bought a ticket once does not mean they will do so again. I read through these IMDb user reviews because I wanted to uncover a facet of what users said after leaving the theater to better understand where these films situate in society.

How did you come to your research topic?

My research topic went through a sizable evolution between conception and execution. I was first interested in studying box office trends for films that performed dramatically better financially than traditional Hollywood models of success predicted they would. For this project, I was going to use Get Out and Wonder Woman though due to logistical concerns this never came to fruition. I reapproached the project the following year with a new tactic: to study the discourse surrounding successful big-budget films whose stories center on characters outside of the standard Hollywood white male. My two test subjects for this project were Black Panther and Wonder Woman. However, parts of the project still weren’t fitting right. I assumed that Captain Marvel was not an option for my project because it was slated for release so close to the SURG deadline. However, searching through IMDb proved me wrong because the film had more than enough IMDb reviews for me to analyze immediately after release. I switched my project to studying Captain Marvel and Wonder Woman and the rest is history.

Where do you see the future direction of this work leading? How might future researchers build on your work, or what is left to discover in this field?

I see my research as being an extremely versatile framework that can be used to understand a multitude of other films and how they relate to one another. A potential direction I have been weighing myself is to study how Suicide Squad relates to Birds of Prey specifically in the evolution of Harley Quinn. The film industry is in the midst of greenlighting a plethora of films female-led in multiple capacities so the potential opportunities for comparison are ever-expanding.

Where are you heading to after graduation?

After graduation, my plan was to head to the Disney College Program but due to the pandemic the program was cancelled. I recently accepted a position with Chase bank where I plan to work until film production opens back up again.

Rachel Fimbianti was an SURG winner.