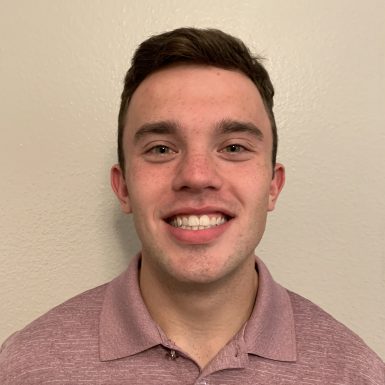 Patrick is originally from Arlington Heights, Illinois. He graduated from Northwestern in Spring 2020 with a BA with honors in Political Science. During his time at Northwestern, he was heavily involved with the Northwestern Jazz Orchestra, where he played trumpet. He is also a huge Wildcat football fan and have not missed watching a single game since his freshman year. He is currently a 1L law student at Pepperdine Caruso School of Law in Malibu, CA., and is very interested in criminal justice reform, employment law, and civil rights law.

This study sought to examine the legislative influence of the National Rifle Association (NRA) by examining the following question: does the NRA’s opposition to gun control, through its various modes of influence, reduce the number of gun control bills proposed in Congress? Examining this question is helpful in understanding the overall influence of the NRA in Congress and illustrating broader themes of special interest group power in the legislative process. The results of this study provide a partial explanation for the lack of expansive gun control regulations at the federal level in the United States. Existing research documents the NRA’s electoral influence and examines the organization’s legislative influence qualitatively, but no quantitative study of the NRA’s legislative influence has yet been conducted. This study fills that gap in the literature.

This study advances the theory that the NRA, through lobbying activities that rely on various modes of influence, inspires electoral fear among members of Congress. The degree of electoral fear felt by legislators as a result of NRA lobbying is a key factor in determining the number of gun control bills that are proposed in Congress. Based on this theory, this study proposes a hypothesis that the NRA’s various modes of influence increase the number of pro-gun bills proposed and decrease the number of anti-gun bills proposed in Congress. This study sought to test this hypothesis using a mixed methodology relying on quantitative tests and qualitative case studies. I examined data on NRA campaign contributions, lobbying expenditures, online advertising expenditures, gun-related bill proposals in Congress, and a wealth of historical and theoretical information in an attempt to test this question both quantitatively and qualitatively.

The results of this study confirm the general hypothesis that when the NRA is more active in their modes of influence, fewer gun control bills are proposed in Congress. However, it is necessary to amend the modes of influence considered in the original hypothesis to include NRA member mobilization as a key mode of influence. The combination of quantitative and qualitative results generated in this study has proven that the NRA’s ability to mobilize its membership is a key element of its power in Congress.

These results suggest a clear trend: gun control was a legislative priority for members of Congress from 1991 through 2001, evidenced by high rates of bill proposals. From 2002 through 2012, gun control was no longer a prominent legislative priority for members of Congress, as neither pro-gun nor anti-gun bill proposals significantly exceeded the other. Finally, bill proposals spiked once again in 2013 and 2018, likely in response to the horrific mass shootings at Sandy Hook, Conn. in 2012 and the cluster of mass shootings in Las Vegas, Nev. and Sutherland Springs, Texas in late 2017, as well as in Parkland, Fla. in early 2018.

Finally, the third finding from the quantitative research was illustrated by the regression analysis. The linear regressions conducted did not yield conclusive results in support of the hypothesis advanced in this study. No clear correlation between an increase in NRA spending and a decrease in anti-gun bill proposals was observed. However, this lack of consistent results is in itself an interesting result. A common presumption is that the NRA derives its power by buying politicians. However, the lack of a relationship between increased levels of NRA spending and the number of anti-gun bills proposed in Congress seems to suggest that monetary spending is a weaker mode of NRA influence than commonly thought.

The findings in the qualitative case studies of the Columbine, Virginia Tech, and Sandy Hook shootings in Chapter 6 largely support the quantitative findings in Chapter 5. For instance, following Columbine, Congress responded to intense public pressure for gun control restrictions by proposing an abundance of anti-gun bills. However, the NRA also responded to this legislative activity by mobilizing its membership against gun control legislation in the House. The legislation ultimately passed the House, but not before the gun control provisions had been removed. Following this NRA mobilization campaign, the rate of bill proposal still remained relatively high, but was significantly lower than the rate of bill proposal prior to the NRA mobilization campaign.

The case study of Virginia Tech also yielded compelling results. Though the shooting at Virginia Tech was the worst mass shooting in U.S. history at the time, lawmakers in Congress did not significantly increase proposals of anti-gun legislation in the aftermath of the shooting. Consequently, the NRA did not launch a significant mobilization campaign as no significant threat to gun ownership was being considered in Congress. Democrats in Congress had begun to see gun control as a losing issue for their party, and because of this, they did not prioritize the pursuit of increased gun regulation even in the wake of the tragedy at Virginia Tech. As discussed in Chapter 5, pro- and anti-gun bill proposal rates remained average throughout the years directly following Virginia Tech. The results of this case study suggest an important consideration about NRA power: the organization only mobilizes when it faces significant threats. Because anti-gun bill proposals remained low and even slightly decreased following Virginia Tech, the organization had no need to rapidly increase spending and devote resources to member outreach.

The case study of Sandy Hook provided further evidence of the NRA’s mobilization strategy and the effect of NRA mobilization on the legislative process. Following the shooting in December 2012, newly re-elected President Barack Obama made gun control a chief legislative priority for his administration, and Congress responded with a significant increase in anti-gun bill proposals. As a result, the NRA launched an aggressive mobilization campaign against one particular piece of legislation: the Manchin-Toomey background checks bill. This piece of legislation ultimately failed in the Senate, largely due to the NRA’s membership base contacting Congress in large numbers via letters, phone calls, and emails. In the months following this legislative failure, anti-gun bill proposals fell rapidly back to average levels.

Taken together, the quantitative and qualitative evidence in this study demonstrates a pattern that has proven relatively consistent over time. When Congress has shown a willingness to pursue gun control legislation by proposing more anti-gun bills than average — typically in response to a mass shooting incident — the NRA has often launched a mobilization campaign against such legislative initiatives. These mobilization campaigns include modes of influence that are not as easily measured as campaign contributions, lobbying, and advertising. Rather, the chief mode of influence used by the NRA is member mobilization, which is generally used to oppose a salient piece of gun control legislation that stands a significant chance of becoming law.

The findings in this study suggest a number of key conclusions regarding the NRA. First, Chapter 5 provides evidence that NRA spending on various modes of influence, such as campaign contributions, lobbying, and advertising, are not as powerful as commonly thought with respect to their influence on the proposal of gun-related legislation in Congress. Second, the NRA’s strength as a special interest group lies in its ability to mobilize its membership base, resulting in a culture of electoral fear in Congress generated by this particular mode of influence. The historical analysis in Chapter 3 provides evidence of the formation of this culture of electoral fear throughout the NRA’s history, which has been expanded and solidified by mobilization campaigns following recent mass shootings such as Columbine and Sandy Hook. Finally, the NRA’s consistent victories against gun control legislation through its mobilization campaigns in the aftermath of mass shootings and the resulting culture of electoral fear has helped to keep gun control legislation off the legislative agenda in Congress.

This study also presents several key conclusions about special interest group power in American politics. First, the qualitative research into NRA mobilization campaigns has shown that the cultivation of a large membership base of grassroots supporters can prove to be a potent political force. If such a membership base is actively mobilized to contact legislators to advance the position of the special interest group, legislators will often pay attention to the concerns of the group. In addition, examination of the culture of the NRA illustrates that by framing gun rights as an essential American value, the NRA has embedded itself in the social structure of American society. For this reason, as Roger Cobb and Charles Elder (1971) argue in their theory of differential responsiveness, legislators have a difficult time ignoring the organization’s positions. Finally, this study has adopted an innovative methodology by studying bill proposals in Congress as a way of measuring the agenda setting influence of special interest groups. Future research into other special interest groups could employ this same methodology.

While this study produced several key insights about the NRA and special interest group power, it was also limited in a number of ways. As stated in Chapter 5, one such limiting factor was the availability of data on the independent variables, specifically lobbying and advertising expenditures. Lobbying data was measured yearly, and monthly advertising data was only available for a six-year span. Locating lobbying data that is broken down into smaller units of time would allow for more precise statistical results, as would finding advertising data over a longer time span. Further, it is important to acknowledge that while this study produced insights about the NRA’s power in Congress, it completely neglected another key element of the NRA’s influence in American politics: state legislatures. The NRA maintains a forceful lobbying presence in state legislatures across the country, and it is impossible to gain a full understanding of the organization’s power without examining its influence on the legislative processes of states.

However, the limitations of this study could serve as a catalyst for future research into the NRA. For instance, future research could examine additional high profile mass shootings and assess the responses of the NRA and Congress in the aftermath of the shooting. In addition, a future study could extend this study’s scope to encompass a time span beyond 1991–2018. Both of these avenues for future research could further assess how NRA mobilization over time has shaped the proposal of gun-related legislation. Moreover, future research could quantitatively examine the relationship between bill proposals in Congress and other modes of NRA influence, such as spending on mobilization efforts (i.e. magazine publication, member mailings, etc.) or the quantity of advertisements purchased, rather than the money spent on them.

Though this study has provided evidence of the NRA’s success in keeping gun control legislation off the Congressional agenda as a result of their mobilization campaigns, there is reason to believe that the nature of the gun control debate in Congress is beginning to change. Gun control lobbying groups such as Everytown for Gun Safety and Moms Demand Action are cultivating ever-growing coalitions of grassroots supporters and are growing in strength and prominence. In addition, gun control continues to be a major issue in the 2020 election cycle. It remains to be seen what effect a strengthened gun control lobby supported by extensive donations, a grassroots base of volunteers, and more active mobilization efforts can have on the proposal of gun control legislation in Congress. As the United States continues to wrestle with its gun violence epidemic in 2020, perhaps the growing strength of gun control special interest groups and activists will serve to check the NRA’s power over the legislative agenda in Congress in the years to come.