Marriage in Qatar: An Intimate Choice or A Sociopolitical Duty? 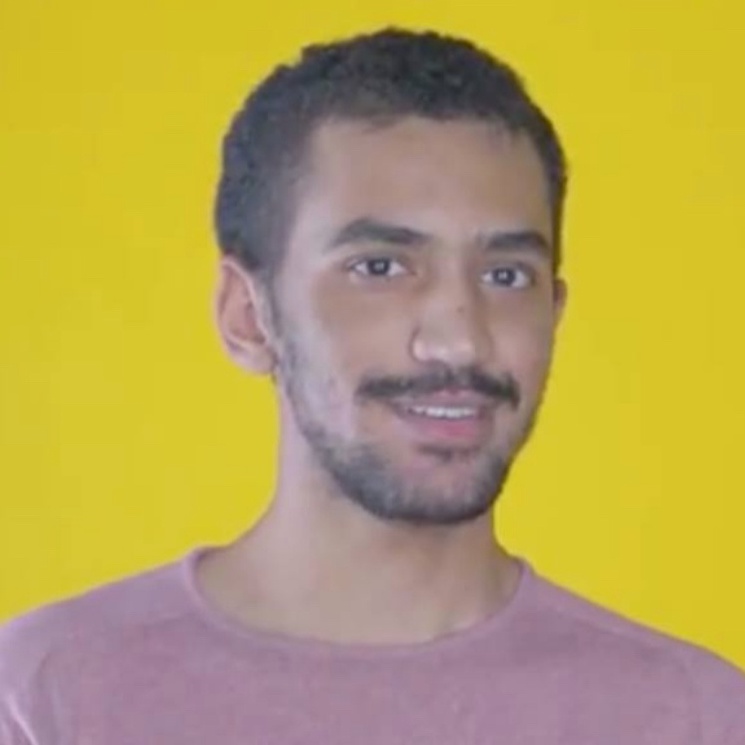 Ömer Alaoui is a sophomore majoring in communications. He is the recipient of the NU-Q “Best Research and Analysis: Humanities, Media and Research” award and was selected to participate in the oral presentation competition at the Northwestern Undergraduate Research and Arts exposition. After graduating, Ömer hopes to pursue graduate studies in political science or anthropology.

What is your research topic, in a nutshell?

How did you come to your research topic?

Through my coursework in “Gulf Society and Politics” at Northwestern University in Qatar and through ethnographic interviews that I conducted to further explore that topic.

Where do you see the future direction of this work leading?

Future research could continue to investigate the intersection of these legal and societal factors, including taking into account the latest nation-building messages offered by the state, such as through the new national museum and the ongoing gulf political crisis.

In Qatar, marriage becomes a sociopolitical duty that both the family and the state control for cultural and strategic reasons. Qataris cannot marry whomever they want: The family structure influences the choice of most single men and women according to tribal affiliations, financial and social status, as well as religious considerations. The state plays an overarching role that legitimizes these social restrictions by heavily censoring Qataris’ marriages to foreigners. While the families’ concerns about “family compatibility” is a real contributor to arranged marriages (Le Renard, 2014), I argue that the state’s ambitions to control the Qatari population based on its nation-building visions is what truly politicizes these intimate choices.

Young individuals in Qatari culture are pushed to get married by a certain age by their families. In Rajakumar’s Love Comes Later (2012), there is a great example of familial pressure to marriage in Abdullah’s story: a widower who cannot mourn in peace as his father and uncles constantly pressure him to find another wife. In the Gulf society, this pressure usually comes with a lot of challenges and conditions to who the partner might be. In one of the memoirs in her book, Al-Maria (2012) links the struggle of marriage choice to gender segregation with the story of Fajr: a young Saudi who had to use his niece as a female medium to communicate with the one he loves, and unfortunately cannot marry–he was bound to marry a girl his family chose for him, even if he didn’t know her. Indeed, picking life partners of the opposite sex is strictly structured and managed by the family which stigmatizes any cross-gender interaction aside from arranged marriages (Murphy, 2013). The family’s criteria for their children’s marriage is usually related to tribal affiliations due to a historical conflict between the bedouins and the hadars of Qatar (Mitchell, 2018; Assami 19/04/18). There are also conditions that limit the choice of the groom/bride to be based on their family’s name, since the prestige of the family’s social status must be maintained, if not improved (Le Renard, 2014).

The state’s concerns are usually related to the influx of expatriates, which diminishes the percentage of the Qatari population within Qatar (Babar, 2015). People also share this governmental concern and are worried about their cultural heritage fading away due to the influences of other intruding cultures (Davidson, 2008). Qatar’s Nation-building policies, which focus on a knowledge-based economy and a patriotic narrative to go beyond rentier benefits, created a vision which prioritizes in order to protect their rights and ensure their futures as claimers of their intellectual and cultural territory. The 2030 vision (Qatar e-Government Official Portal, n.d) focuses on “the Qatarization” of the workforce, meaning more Qataris taking on the leadership positions in different fields across the job market. In its process of Qatarization, the state wants to maintain a culturally legitimate population of Qataris in which it can continue to invest its rentier benefits. This means that the state cannot let anyone ‘be Qatari:’ too many Qataris would threaten the rentier economy and upset the population. Furthermore, naturalizing foreigners could possibly threaten the sovereignty of the state, as its nation-building aspires to found its legitimacy on religious, cultural, and historical narratives to create a strong national identity (Mitchell, 2018). Therefore, the state controls its Qatari population by regulating marriage choices for Qatari individuals.

While Qatar encourages Qatari marriages through multiple benefits to newly-weds (offered land, cheap wedding halls, and other expenditures), the state’s ambition to advance their vision of Qatarization steps over some rights that many Qataris wish they had. One form of censorship on marriage is in the first amendment of the Qatari citizenship law, which states that security forces, government workers, and academic envoys — self-funded or government-sponsored — are prohibited from getting married while living abroad (Qatar Legal Portal, n.d.). This law proves the amount of interference that the state reserves for recognizing its citizens’ marriages and granting the accorded benefits. This interference puts a lot of pressure on the Qataris to find local spouses, and avoid challenging the cultural stigma around foreign marriages.

Some may argue that the sole reason behind marriage regulation is the independent family choices that follow the conservative values of marriage and appreciate the local over the foreign. However, there are many young Gulf citizens who, despite the traditions followed by their families, still choose to challenge the social choices of local marriage and find their own compatible partners. For instance, when asked if he faces any familial constraints regarding marriage, a 22-year old Saudi male stated: “if I liked a girl who has no kabilah, honestly I would not care what my family thinks. I don’t care about my kabilah. I will marry her, let them abandon me, and cut relationships with me.” (Assami, 19/04/18). Another 24-year-old Riyadh woman who teaches Quranic studies to high schoolers said, “I will not accept that a man goes to my family. He must come to me” (Murphy, 2013). This shows that many of today’s Gulf youth are challenging the traditions that regulate marriage choices in the Gulf.

The politicization of marriage affairs becomes evident when certain Qataris find themselves unable to choose their life partners due to state censorship. Setting aside cultural pressures easily exposes the state as an authoritative regime that that censors the citizen’s choice to marry, and reserves the right to decline the recognition of an non-Qatari marriage. The Doha News article titled “I’m Qatari, and I want to be able to decide for myself who I marry” (Yousef, 2016) voices Yousef’s frustration after his family accepted his non-conforming marriage to a foreign woman, yet they had to be separated when yet the state denied him permission to do so. The state laws are greatly limiting people’s freedoms by politicizing the personal affair of marriage, and they only go unnoticed when the cultural restraints dovetail with these laws. Yousef says “I didn’t know that I was supposed to have asked the Qatari government for permission to marry a foreigner.” (Yousef, 2016). Hamad, a 39-year old Qatari, stated that “the [Qatari] government, sometimes they approve [non-Qatari marriages], sometimes they don’t… and like I said, if I find a partner somewhere else [outside Qatar] I will not hesitate to move out of the country for that person” (Alaoui 17/04/18).

When it comes to non-Qatari marriage, state interference particularly targets Qatari women. While both men and women need permission from the state to get married to foreigners, women in particular are further denied marriage benefits, including the ability to pass citizenship to kids from their interracial marriages. Um Sultan, a 47 year-old Qatari female, disagrees with the law that limits jus sanguinis to children of Qatari fathers: “Why do Qatari men get to marry a non-Qatari [(اجنبية)], the non-Qatari women end-up having children with citizenship, and end-up with the rights and benefits of Qataris? Isn’t that not fair?” (Al-Mughesib 04/04/18). The law further requires women to provide the permission of their legal guardian when requesting to marry a foreigner (Independent Group of Concerned Citizens. n.d.). Despite the evident unpopularity of these sexist laws, they are meant to discourage Qatari females from marrying individuals that are not Qatari. The state takes such measures in order to shape the growth of its Qatari population in a certain way that embraces the rooted patriarchal values of its society. The nation-building visions of Qatar are rooted in the tribal mentality which sanctifies the bloodline that is attributed to the patriarch. Lulwa, a 22-year old Qatari-Emirati student who has lived in both Qatar and the UAE stated that “the population in Qatar is very small and tribes that are from Qatar are very numbered, so they try to ‘keep their blood pure’ in a way… so that’s where the strictness comes from when it comes to choosing a partner for marriage and whatnot” (Alaoui 22/04/18). Hence, maintaining the Qatari tribes’ family names and bloodline means limiting citizenship to individuals that carry their father’s foreign last names.

To sum up, the state plays a strong role in censoring marriage choices in Qatar. While society has its constraints on individual choices, many decide to not abide by them and aspire to engage in non-conforming relations. Furthermore, Lulwa, the young student and aspiring vlogger, affirmed that the Gulf society is changing towards being more open to these non-conforming choices that some individuals make: “I personally do not agree with most social choices that are followed directly by Qataris […] and it is our choice whether to keep following these rules or not. And generally I think that people are changing, especially girls“ (Alaoui 22/04/18). However, Qatar has established laws that truly constrict these choices when they go against its agenda. Censoring marriage reassures Qatarization and nation-building since it results in the state maintaining its sovereignty over loyal, self-identifying Qatari citizens, and gaining its legitimacy from historical notions of the bloodline.

Murphy, Caryle. (2013). A Kingdom’s Future: Saudi Arabia Through the Eyes of its Twenty-Somethings. Washington D.C, 2013.