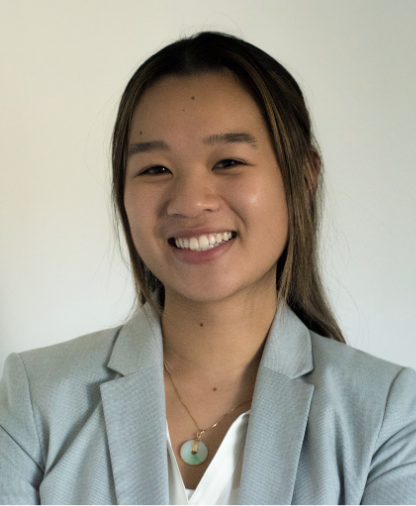 Melissa Chi is a senior at Northwestern University from Akron, Ohio studying Industrial Engineering with a minor in Data Science and a certificate in Integrated Marketing Communications. Besides doing research, she is involved in the Industrial Engineering Activities Board and volunteering. Her research topic is determining and examining the factors that influence human trafficking and identifying countries with the largest volume of human trafficking victims. Through this research, she hopes to help identify countries with the largest amount of human trafficking victims that can be saved through intervention.

How would you describe your research?

How did you get involved with this work?

I was able to connect with a professor whose work focuses on humanitarian logistics and trafficking. So I thought it was really interesting because she was applying concave techniques to human trafficking, which is usually a very qualitative field. Usually, since it’s very hidden, it’s hard to get hard data on it, so I thought it was really interesting. I was able to get connected with her and she encouraged me to pursue my interest in the field. So, over the summer, she’s been guiding me on my research project, and that is how I kind of started applying my passion for data analytics to this field.

What was a challenge for you working on this project? A success?

Yeah, so I would definitely say that one of the biggest challenges is getting substantial data on human trafficking because of its nature. That’s definitely a challenging thing. Also, a lot of countries I feel aren’t very open with data like that, because it is something that’s looked down upon. So they don’t really want to publicize it, even if they are aware that it’s happening in their countries. But, I definitely would say success is just knowing that what the work I do may be able to impact people who are being trafficked. Knowing that this could be used for social good is amazing.

What advice would you give to an undergraduate thinking of doing research?

Despite the great amounts of attention and effort that human rights and social injustice have drawn over the past decades, numerous violations of such rights still persist today. One of the most prominent of these violations can be seen in the ongoing human trafficking operations around the globe. Remaining on the list of the United Nations’ sustainability goals, it is clear that human trafficking is largely prevalent. However, this problem is a hidden social vulnerability that is hard to track, prosecute, and take action against. The definition for human trafficking itself is difficult to define with the numerous debates on correct terminology and on what actions constitute human trafficking. Officially defined by the Trafficking Victims Protection Act of 2000 as “sex trafficking in which a commercial sex act is induced by force, fraud, or coercion, or in which the person induced to perform such an act has not attained 18 years of age; or the recruitment, harboring, transportation, provision, or obtaining of a person for labor or services, through the use of force, fraud, or coercion for the purpose of subjection to involuntary servitude, peonage, debt bondage, or slavery,” human trafficking remains a worldwide problem targeting human rights, dignity, and freedom.

Due to its clandestine nature, both quantitative and qualitative data are challenging to obtain; however, the last two decades have seen great strides in uncovering the numerous human trafficking operations prevailing around the world. Coupled with new technology, data surrounding the number of trafficked persons, motives, and locations has finally become more accessible. With the large volumes of data now present, this research applies a quantitative analysis approach to human trafficking, specifically through data analytics. The methodology and approach of this research highlight how analytics can be applied for social good.

Data analytics is the art of drawing conclusions and insights from patterns within data. The field has become applicable to any area, including social justice and societal problems, where data analytics can act as a powerful predictor and a tool to help explain the sources of problems. In human trafficking specifically, analytics have already been applied to predict and disrupt the dynamic flow of trafficking networks in order to intercept trafficking victims.

Accomplishing these goals will help identify and save as many victims from human trafficking as possible. The results will urge governments to heighten their awareness and establish standards for the significant factors found and hold other governments, who may be at greater risk, accountable. Other non-governmental organizations that focus on ending human trafficking may also find such information useful.

In order to understand the influence of different factors on predicting the number of trafficking victims, a regression is employed. A regression model is a statistical approach to find a quantitative relationship between variables. It is a more quantitative form of an experiment, as one can measure the change that factors produce on the outcome. Like an experiment, there is the dependent variable (the outcome) and independent variables (the factors that have an effect on the outcome). Through regression, the influence of each of the independent variables over the dependent variable is measured. These quantifiable coefficients are similar to the slope of a line when fitting a best-fit line to a set of data points. The relativity of the coefficients are then evaluated to find the significant factors. Each regression method finds significant factors differently, however. Our model uses the best subsets regression method. This method looks at all combinations of the factors and uses different metrics to determine which combination is the best.

Furthermore, cluster analysis is used in order to place countries into similar groups, or clusters. Like regression, clustering analysis finds relationships between data. It sorts data into different clusters based on similar patterns. Data points within a cluster are similar; however, individual clusters have distinct patterns from one another. The results from clustering gives an overview of how different regions may have different significant factors, as the determinants of human trafficking patterns can vary from place to place. It would allow for more targeted interventions for each cluster. The methodology used for clustering is k-means. This method allows the user to specify the amount of clusters to be formed ahead of time.

The factors included in this study are determined from literature reviews (specifically, Cho (2015) and Bales (2007) and interviews with practitioners and experts in the field. These predictors can be sorted into different dimensions such as socioeconomic, civil rights, population demographics, and sociocultural. Additionally, datasets are collected from prior literature and global government organizations. There are a total of 25 factors in the initial regression model.

An Iinitial analysis shows that the top three significant factors that influence human trafficking are the following: Human Development Index, Gender Inequality Index, and Information Flow. Human Development Index is an index used to assess a country’s growth separately from economic growth. It consists of standard of living, life expectancy, and education attainment. The Gender Inequality Index is a similar measurement system that discerns gender inequality on health, empowerment, and participation in the labour market. Information Flow estimates the impact of technology on a country’s society and development. All of these factors have a positive correlation with the flow of human trafficking. To translate, as the quantity of these factors increases, the amount of human trafficking similarly increases. Factors with a negative correlation have the opposite relationship —  as the quantity of the factors increases, the amount of human trafficking decreases. Furthermore, initial results through cluster analysis show that countries can be sorted into 4 different clusters. Some of the different indicators that vary from cluster to cluster in predicting the flow include GDP per Capita and the number of slaves.

Several other steps must be taken before moving onto quantifying the amount of human trafficking for each country. The context of each factor must be considered, as well as a check for the unit scalability. The robustness of the model must also be taken into account. This robustness depends on multicollinearity and how well the model predicts the outcome. After these steps are complete, the second aforementioned goal can be accomplished.

The completion of the initial model is a step towards furthering the understanding of human trafficking. After the completion of this project, the results can be used to focus on the flow of human trafficking behavior. Countries that human trafficking originates in have push factors that steer victims away, while other countries have pull factors that draw victims towards them. Furthermore, additional methods can be tested to identify more factors or strengthen the factors already found, such as principal component analysis or analytical hierarchy. This will help explore different opportunities that the model may not have identified.

Both of the goals outlined above may help to save as many victims from human trafficking as possible. Human trafficking is an infringement upon basic human rights, yet it remains a prevalant problem impacting every country. Identification of these significant factors will help countries make new policies to combat this issue. The overall prediction of the volume of human trafficking will help countries become more cognizant of the exploitation of their own citizens. Ultimately, the results are a call to action for governments to take responsibility, keep other countries accountable, and become ambassadors for human rights.

I would like to thank my research advisor Dr. Kezban Yagci Sokat for her expertise and support. This work would not have been possible without her guidance.